What Are The Risks of Being a Lifeguard

Home » What Are The Risks of Being a Lifeguard

During the summer unemployment falls due to temporary jobs, including lifeguards. The beaches require their services and the public and private swimming pools of the urbanizations are filled with bathers, children and parents, in some cases reckless.

To access the lifeguard training and job, you must obtain the title of a lifeguard in the American Lifeguard Association. Although it can also be obtained at the Red Cross and by doing a higher level training cycle of “Animation of Physical and Sports Activities”.

In addition to learning how to react to a rescue at sea, beach, or pool, you must be an expert in first aid, since many lives depend on you.

But you must know the occupational risks involved in being a lifeguard and what preventive measures you must strictly comply with.

In the case of working in swimming pools, the lifeguard is exposed to risks such as falls to the same level by moving through wet areas adjacent to the pool; or falls to different levels. Similarly, they are exposed to overexertion. In addition, they are constantly exposed to extreme environmental conditions of heat, cold, humidity, and solar radiation, as well as biological agents such as protozoa, fungi, bacteria, and viruses that grow in the pool environment. Similarly, they are exposed to chemical agents such as disinfectants, pesticides, and chlorine, which are added to swimming pools.

In the case of beach lifeguards, the risks increase. In addition to adding the previous risks such as falls from different levels when going up and down from the watchtower, or being exposed to extreme temperatures. We have to bear in mind that there are unlimited users on the beach, unlike the pools that have a controlled capacity. In addition, of the mass of water that is unpredictable, just thinking about doing a rescue in a swimming pool and on the high seas, subject to sea currents and, in addition, to the physical fatigue that comes with reaching the bather for help. Even mentioning the aquatic species that exist in the sea, from jellyfish to sightings of small sharks, risks that do not exist in swimming pools.

In all cases, the lifeguard assumes a great responsibility: to ensure the safety of bathers. This implies a risk of psychosocial origin. The lifeguard remains on alert during the 8 hours of his working day, causing an increase in stress. Both in swimming pools and on beaches, they should pay attention to children, whose behavior is unpredictable. In the same way, control those brave people who venture out to sea with the mat or those older people, who due to overconfidence can be caught in currents or suffer a ramp or panic situation when they are far from the shore.

All this stress is increased when the lack of consideration of the bathers is present. Not respecting the red and yellow flags, as well as the safety warnings of the lifeguards. These situations can cause confrontations between swimmers and lifeguards, who are just trying to do their job well. The pressure, the stress of being alert to the movements of bathers, extreme temperatures, and the risks that we have previously mentioned make the work of lifeguards an essential profession to safeguard lives on the beach or pool, and contribute to vacations no altercations.

Job Description of a Professional Lifeguard 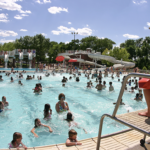 How Can A Lifeguard Motivate People in The Community? 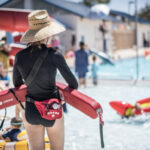 Different Types of Training to Become A Lifeguard 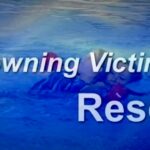 What Is The Importance Of A Lifeguard? 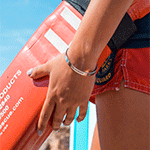 What Are The Risks of Being a Lifeguard 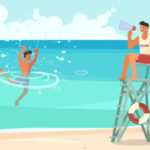 What are The Advantages & Disadvantages of Lifeguarding at Beaches? 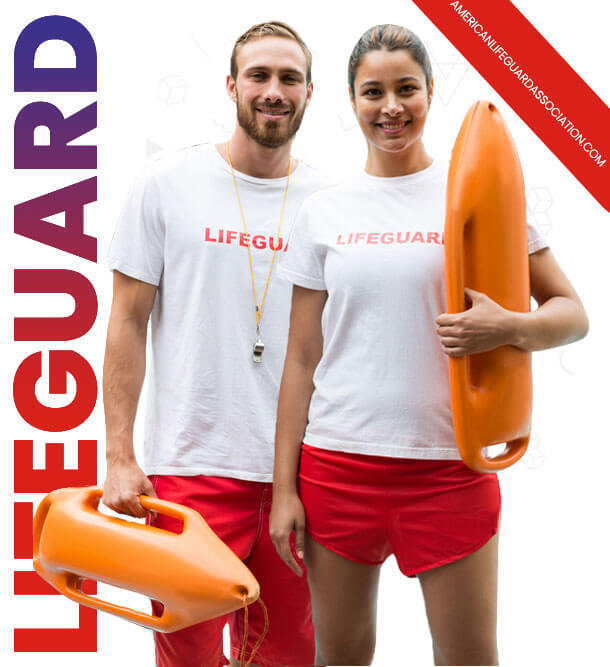 The American Lifeguard Association has access the ULC system to update the training records of all our students.

To stay updated with our special offers subscribe to our weekly newsletter. We’ll not share your info with any 3rd party.